Can Krav Maga help against a vehicular assault?

Attackers in London used a van to mow down pedestrians. A psycho in NYC followed the voices in his head to run over folks in Times Square. Terrorists in Germany, France, Canada, Israel and US are using vehicles to cause damage, chaos and instill fear. According to the FBI, the tactic has gained popularity because “Vehicle ramming offers terrorists with limited access to explosives or weapons an opportunity to conduct a Homeland attack with minimal prior training or experience”.

So the question remains – can training in Krav Maga be of any value when the weapon being used weighs a ton and moves at 80mph towards you?

The answers lie within the testimonies of those that survive the attack and left unscathed. One such dramatic account was from a female survivor in London who was on the bridge. In her CNN interview She recalls “I saw the van heading my way, the driver looked demented. I saw his eyes. There was a couple behind me. They were moving slower than me. They were speaking French. I’m not sure what I did but I got out of the way and the van hit the couple behind me”.

This is a prime example of a Krav Maga concept that we constantly hash, discuss and train for. The concept of BEING IN THE MOMENT – being aware. The level of details this woman remembers, the look in the drivers eyes, the slow moving couple even the language they spoke all point to a super high level of awareness.  She could hear, see and react to a rapidly changing environment. Also, her muscles didn’t fail her – physical conditioning plays a huge role in what your body can actually do in times of stress. How far you can jump or how fast you can move will make all the difference between “hit” and “not hit”.

To further drive the importance of being in the moment, the French speaking couple, which, according to the account, had more time and more space to react – failed to do so.

So the answer to the question can training help in case of a car terror attack is ABSOLUTELY it can. Give your mind the tools to be in the moment, practice quick reaction and nourish your muscles with the workout they need to be able to produce movement explosively and never be caught off guard. 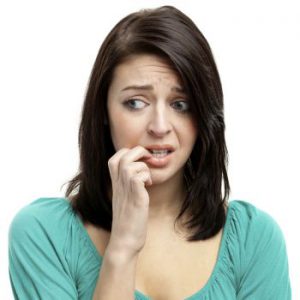 The 5 Fears Of Krav Maga Training 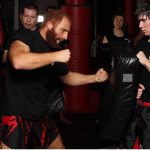 How to Be More Aggressive 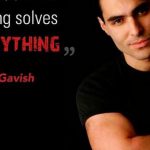 FIT HIT is a unique fitness experience in which clients can achieve their fitness goals while still learning useful self-defense skills in a high-energy, fun, and safe environment.